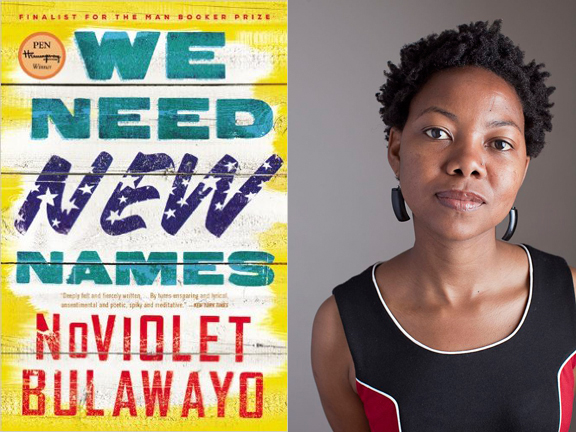 A remarkable literary debut — shortlisted for the Man Booker Prize! The unflinching and powerful story of a young girl’s journey out of Zimbabwe and to America.

Darling is only ten years old, and yet she must navigate a fragile and violent world. In Zimbabwe, Darling and her friends steal guavas, try to get the baby out of young Chipo’s belly, and grasp at memories of Before. Before their homes were destroyed by paramilitary policemen, before the school closed, before the fathers left for dangerous jobs abroad.

But Darling has a chance to escape: she has an aunt in America. She travels to this new land in search of America’s famous abundance only to find that her options as an immigrant are perilously few. NoViolet Bulawayo’s debut calls to mind the great storytellers of displacement and arrival who have come before her-from Junot Diaz to Zadie Smith to J.M. Coetzee-while she tells a vivid, raw story all her own.

NoViolet Bulawayo won the 2014 PEN-Hemingway Award, the 2011 Caine Prize for African Writing, and the inaugural Etisalat Prize for Literature in 2014. We Need New Names was a finalist for numerous other awards, including the Man Booker Prize. NoViolet earned her MFA at Cornell University where she was a recipient of the Truman Capote Fellowship. She was a Stegner Fellow at Stanford University, where she now teaches as a Jones Lecturer in Fiction. NoViolet grew up in Zimbabwe.

You can read more about NoViolet and her work at http://novioletbulawayo.com/.

Want to start your own reading group, but don’t where to begin?  Try using this Reading Group Guide, which is also found at the back of the novel!

NoViolet Bulawayo will participate in the 48th Annual UND Writers Conference, “Citizen,” which will take place March 22-24, 2017 at the Memorial Union on UND’s campus. The events are free and open to the public. Free parking is available.  To learn more, visit www.undwritersconference.org.